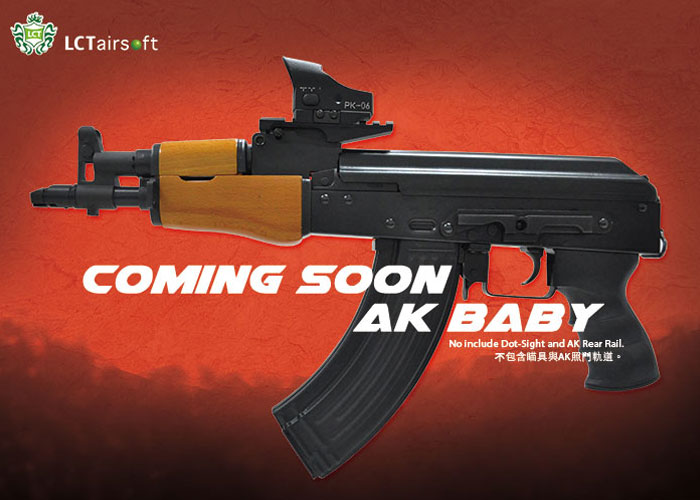 Sent in earlier today by Daphne, LCT Airsoft announced that an AK Baby is in the works. The LCT Airsoft AK Baby is a pistolised version of the AK with a smaller handguard, muzzle, the stock removed and a sling hook is in its place. Can be good for CQB games, as a backup for airsoft snipers, and also for some PSD or vehicle-mounted scenario games, The sight and rail mount for it as seen in the images, are not included in the package. 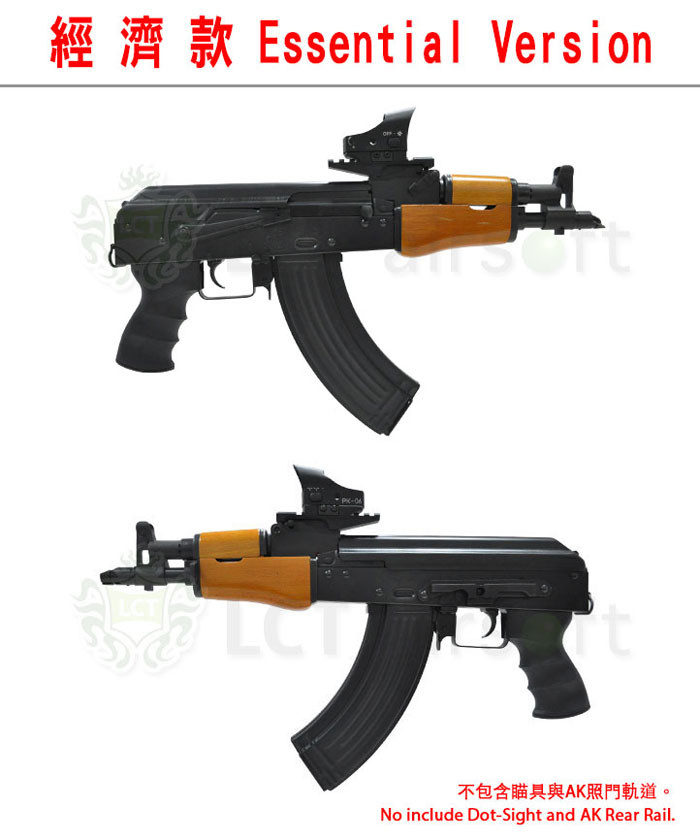