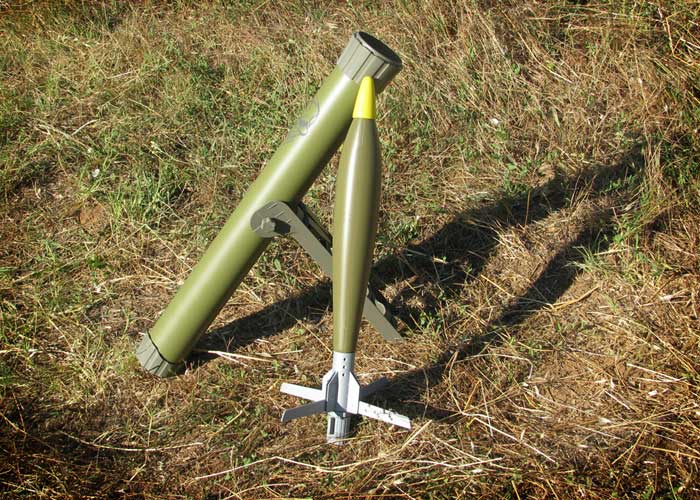 Airsoft games don’t have to be the same routine every time. Team Death Match, Capture The Flag, are often the most played scenarios. So innovation is also needed to improve gameplay on the field. You see more and more teams and organizations improving their games and events with helicopters, tanks, jeeps and the like. But how many times did you have the chance to use or even control one of these?

Introducing new weapons can be a way to break these limitations and the offer out there is getting more and more diversified so you can have the best Airsoft games.

Airsoft International, and European Airsoft distributor, gave me the privilege to review the Hakkotsu Hades Arrow Mortar, and I must say I was extremely curious on how it worked and how could this be used in Airsoft games.

So read on, as I share my findings on how this Mortar behaves on the field! 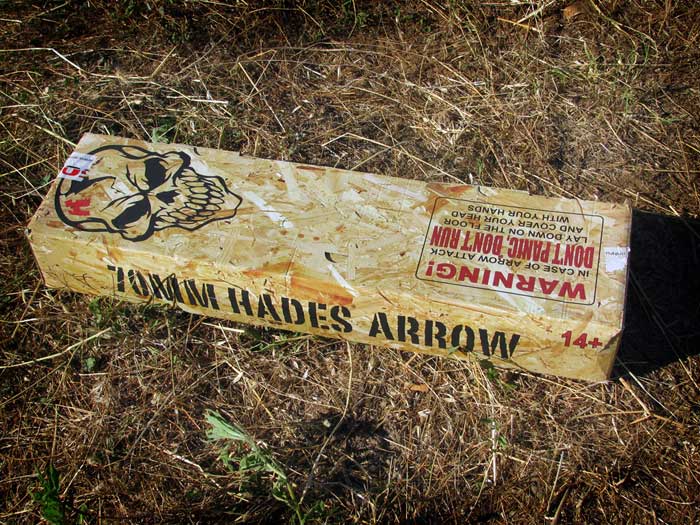 This mortar system consists of an aluminum tube with three blades at the bottom, and a couple of CO2 propelled projectiles. 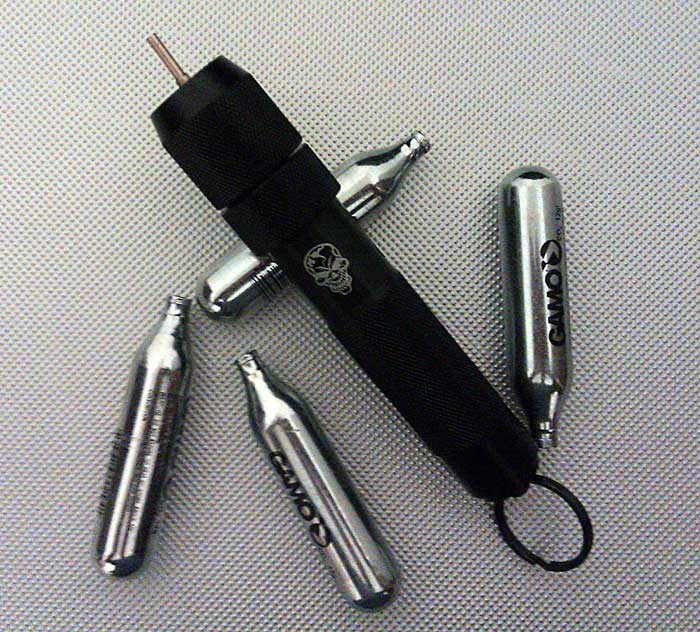 Before using the mortar remove a small block of Styrofoam from the base of the tube that protects the three sharp blades. To do so it’s necessary to unscrew the plastic bottom section of the tube. 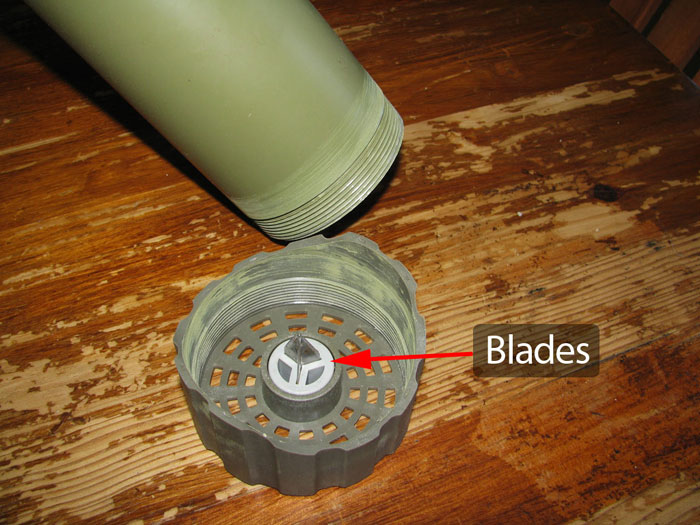 Then there’s the wing assembly with four wings having to be mounted on the base of the projectile, with a small metallic wire that will act as a spring for the wings to get into place once the projectile ejects from the tube. 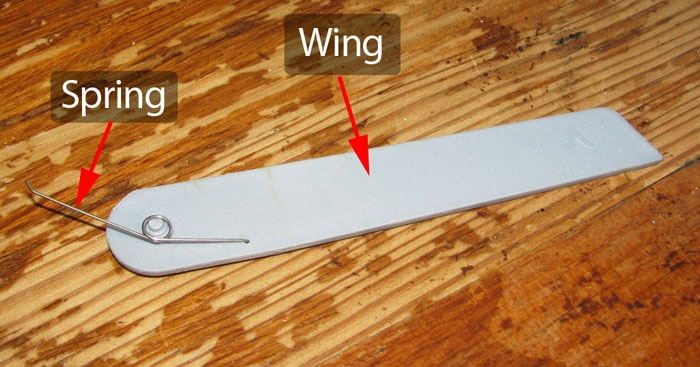 Next, water must be poured into the projectile and then it must be sealed with one of the black rubber seals included. After this step, all you have to do is fill the projectile with gas by removing the yellow rubber cover, which protects the tip. This rubber cover must be placed on again over the tip of the projectile, since it will protect the gas valve from any damage on impact. 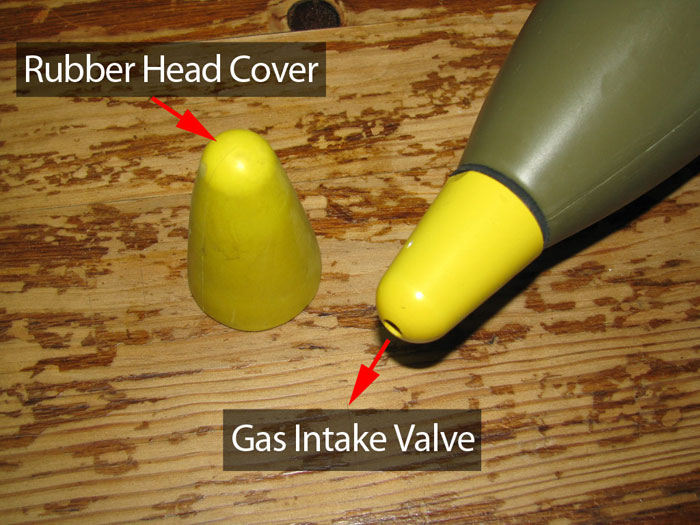 Once gas has been added, you might notice that the black seal on the bottom of the mortar swells, this means it’s ready to be launched! 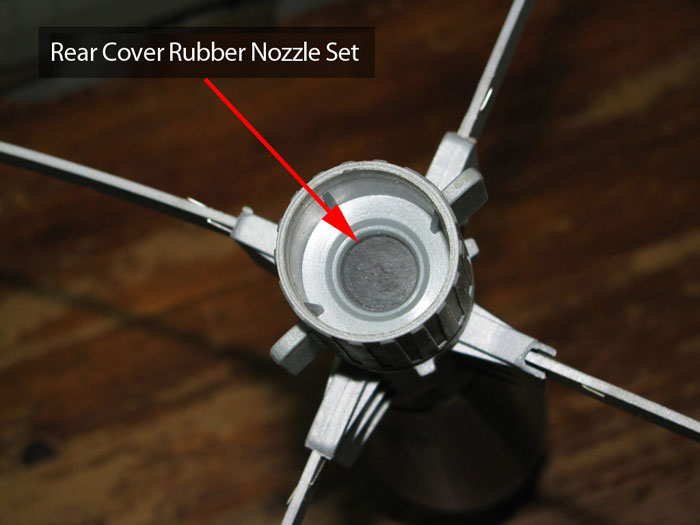 Finally, just stand on the side (unless it’s hot and you want to get wet) and just drop the projectile into the tube. Immediately the gas which is under pressure will push the water and propel the shell leaving behind a nice trail of water and making a jet like sound. :)

Once you collect the projectile, you’ll notice the seal presents three cuts from the blades on the base of the tube, so if you want to repeat the very cool launch, you have to replace the seal.

The two projectiles that came with the mortar were able to withstand most impacts on the ground nicely. Even one launch we made almost 90 degrees, straight into the sky and then falling from its highest altitude.

However there was one time when one of the projectiles landed on a tree, all the wings were ripped away from their sockets and one of the sockets actually fractured. So stay away from trees!

Fortunately HKeyDirect and AirsoftInt both sell replacement parts such as the wing holding structure, the wings, the front rubber cover and the projectile itself.

You should also be careful with the blades on the base of the tube as they tend to come loose. Nothing that a drop of super glue won’t be able to fix!

Apart from this, the aluminum tube is very solid, and included in the package is a CO2 canister container with the form of a flashlight that will make it easier to fill the projectiles.

We’ve also tried the mortar with green gas, and to be quite honest we weren’t expecting much from this type of gas, but it turns out that the system is just as effective with this gas as it is with CO2! Although I won’t take any responsibility if something goes wrong by using any other gas rather than CO2 since it’s the recommended gas by the manufacturer.

One nice touch to this mortar is the MOLLE attachment option you will find on the stand which will enable you to place on the back of your vest like I did. Since it’s not very heavy, you will be able to carry it around with a projectile inside, just be careful to protect the blades so they won’t puncture the rubber seal. 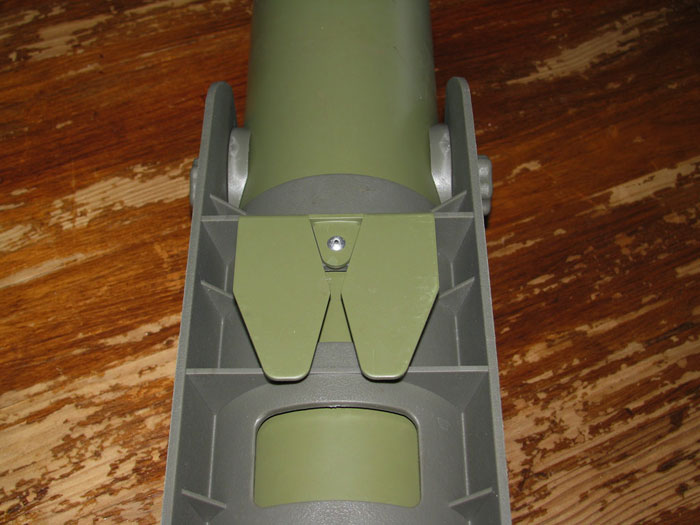 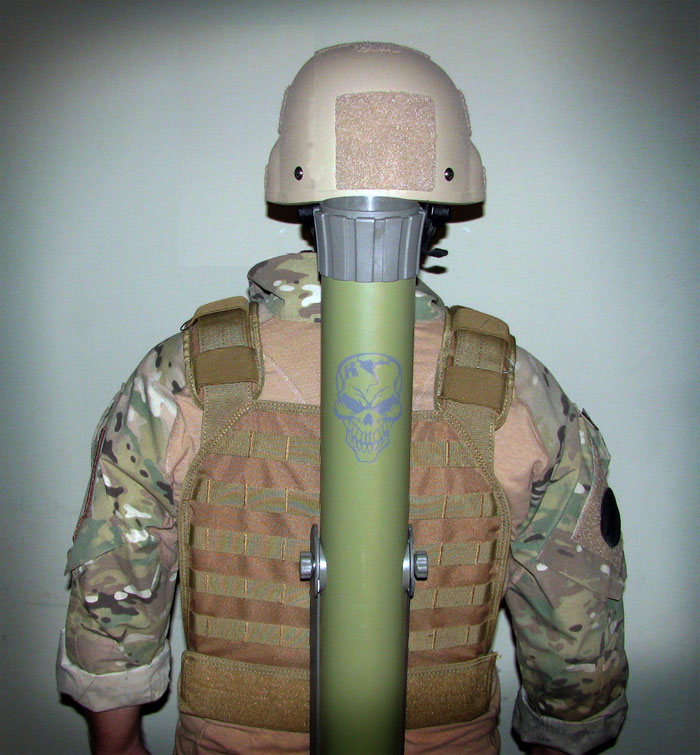 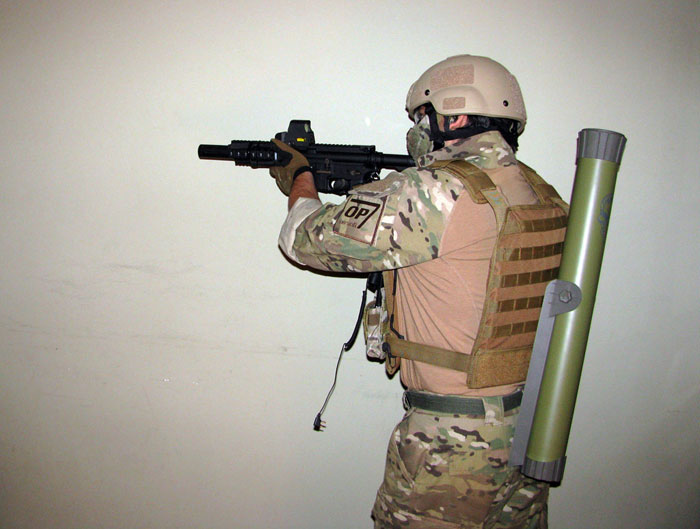 As for accuracy this is where you’ll find the biggest issue since there are no sights, or base plate to work with, and unlike real mortars there is a lot of guess work involved when firing one of these.

Also, the amount of gas you’ll put into the shell and water will have a lot of influence on how long it will stay in the air and how high it’ll fly.

As you can see on the video, we tried firing the mortar a few times, trying to hit the house but it would always overshoot and fly over the house travelling at distance of 600+ meters easily!

This type of equipment works better in large games with objectives. Each team has a mortar and is able to use it to eliminate enemy positions, either vehicles or structures such as houses and bunkers and the players inside.

It can also be used on the open field against enemy troops and in an agreed radius where the rocket dropped all players will die. However this adds a greater risk to players who don’t wear helmet, because even with the rockets being made out of plastic, the sheer speed it gains in the descent could injure a player.

So I definitely would recommend this for targeting buildings and vehicles, from there on just let your imagination do the rest and there’s a world of possibilities on how you can use the mortar in an Airsoft game. Heck! You can even use the mortar as an objective that team must capture and spread all the pieces around the field. The first team to gather the pieces and fire the mortar wins!

That said, launching one of these rockets is the best part: it’s just AWESOME! They really impress everyone around and provide great moments of fun. It’s hard not to get excited once you witness the first launch, not even the more skeptic and critical Airsoft players.

You and your team will even have a great time when trying to figure out where it landed!

The propellant system of the rocket is very impressive, and the speed the rocket reaches is spectacular, so I must say that during those minutes you are involved in prepping the system, firing it and looking around for the shell is absolutely great fun!

This is a tremendously fun item to have in your Airsoft arsenal. It looks great and will give you and your team some very interesting afternoons.

For me and my team, we had got lots of kicks launching this thing and then looking around for the projectiles. Plus, if it’s hot you can refresh yourself just by standing behind the mortar. :)

It’s a bit on the pricey side, and it does require some maintenance and running materials such as the gas and cover rubbers, so this could be more of a group purchase as it’s a great item for a team, for clubs and airsoft sites, as the Hades Mortar will surely spice up an event or bigger airsoft game and make your event stand out of the crowd!