The Perun Hybrid V2 MOSFET from my understanding is new to the market but offers functionality to rival the more widely known units, from the likes of Gate with their Titan drop-in units, or the Evolution ETS III.

At first glance the new unit comes in a neat small package which I am not sure if is pre-production or the final product. If the latter then I would hope any retailer sending one out would opt for additional bubble wrap as the box is pretty flimsy at best.
However, inside you are greeted with a static free sealed bag, like what you would get on computer components, which protects the board and the associated bits and bobs, a programming card and some selector plate stickers (which we’ll get back to)… 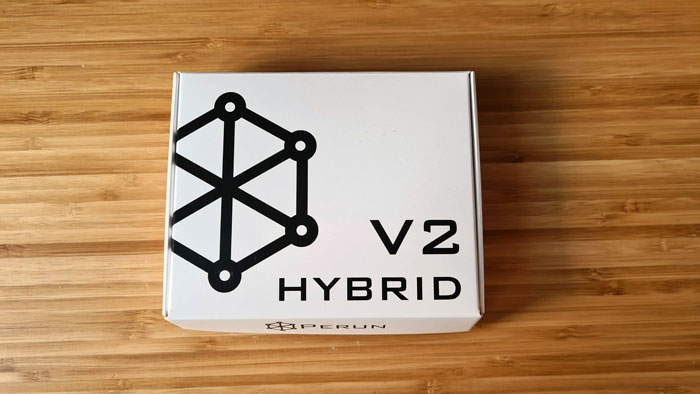 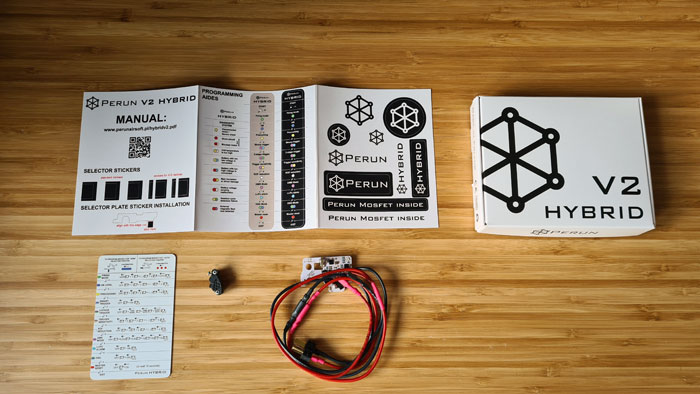 The unit itself promises a multitude of programming options to suit all playing styles and rifle set-ups, from a high ROF, DMR locking, pre-cocking, battery selection and alarm plus many more. For testing I have chosen to leave it with the factory settings as if I am honest programming it wasn’t the easiest of processes to follow.
Programming is completed through a mixture of selector positioning and trigger pulls, which is common on other units on the market however the instructions could do with being refined.

Installation was fairly straight forward as normal for any V2 gearbox and after locating the installation guide which can be found on the web link provided in the box, I found them to be concise and clear. This time a CYMA MP5 Blue Edition was the chosen RIF for the upgrade.

Being a CYMA MP5, the original trigger securing screw mount had to filed down to allow a flush fitment of the new board. 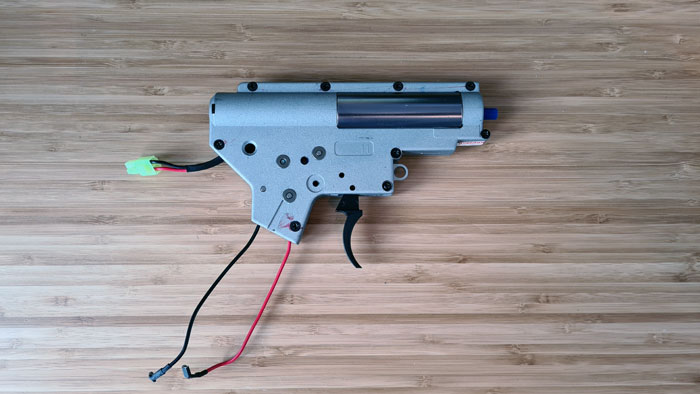 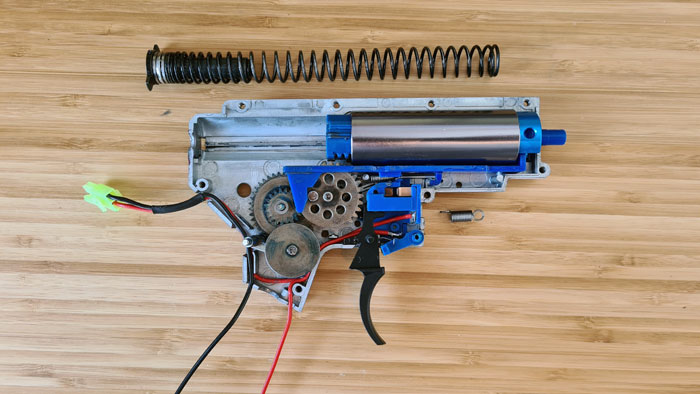 The selector plate stickers was something I personally hadn’t come across before and did pick the wrong one on the first attempt, which you only really find out when you have the gearbox in the receiver with the motor and can test it… not the end of the world, but frustrating.  The reason for the selector plate sticker is down to the Perun being an optical unit and the sticker is a simple black/white covering that triggers the correct sensor to let it know if you are in safe/semi or autofire. I’m not sure on the longevity of them and do think they could be the weak point especially should the gearbox be an oily/greasy one, so bear that in mind! 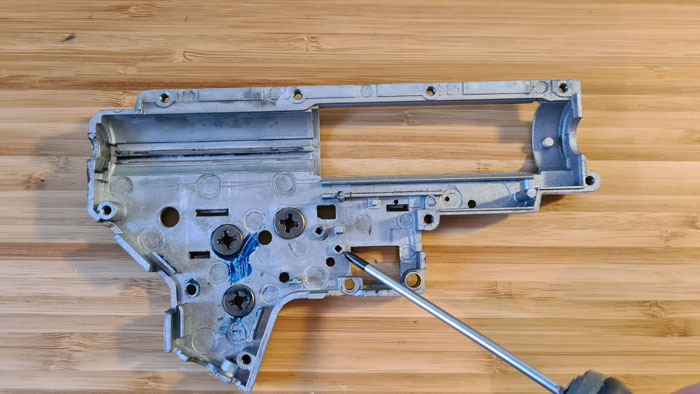 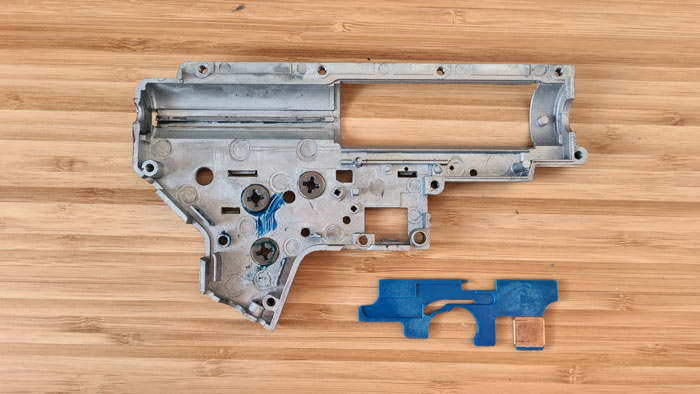 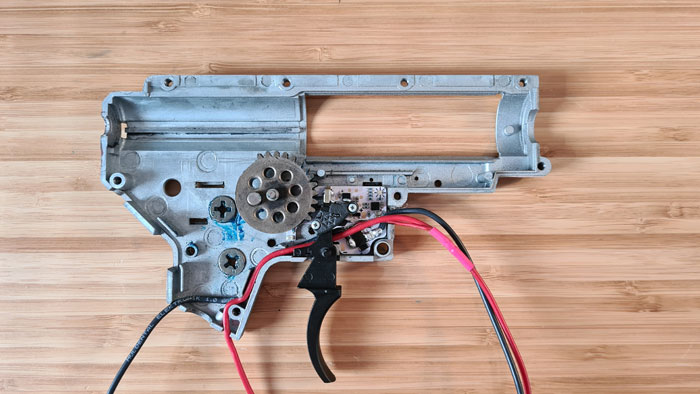 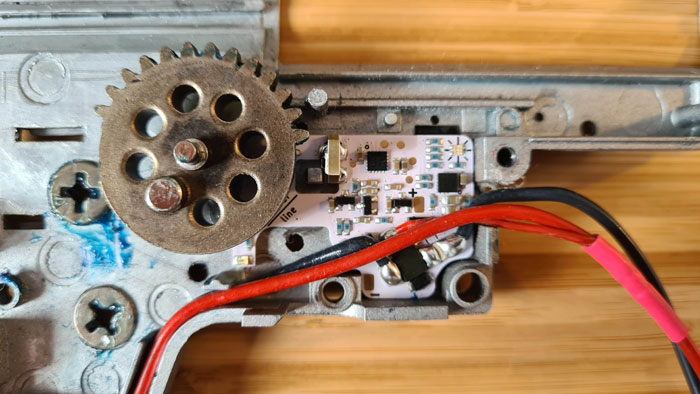 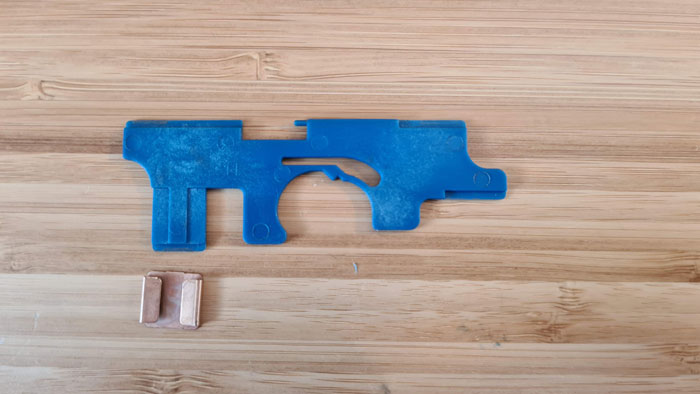 Another point to note is the magnet that needs fitting to the trigger itself, which appears to be a 3D printed item. It clamps to the top of the trigger to activate the board when pulled. Once fitted and adjusted, it felt solid and the instructions covered it in a good amount of detail so shouldn’t pose any issues. 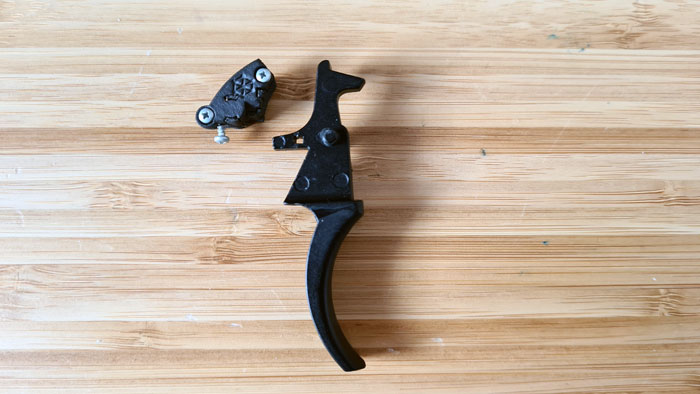 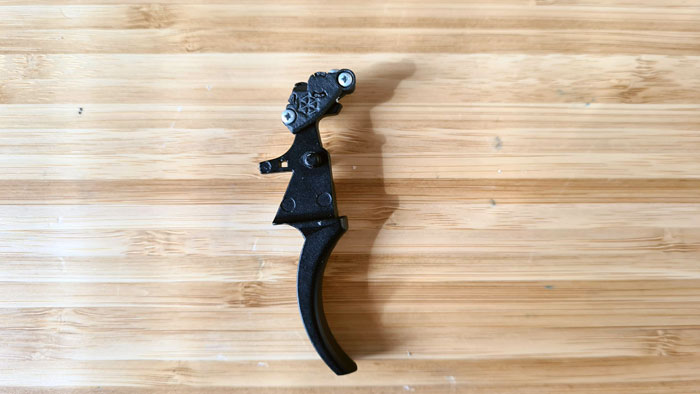 All-in-all installation should be breeze for anyone who is confident enough to open up a gearbox and undertake their own work but would be an ideal upgrade should you be having any work done at your local retailer. 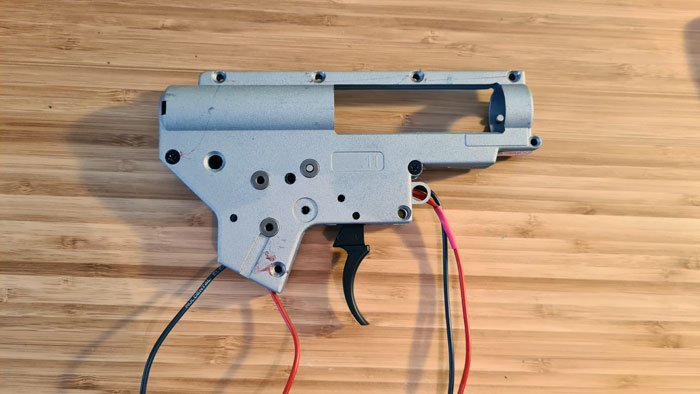 Following the installation and a few test shots I compared the new MOSFET to others that I have fitted to various RIFs.

For anyone who has upgraded to a electric MOSFET trigger system, the first thing you may notice is the lack of trigger feel compared to an old-school contact style trigger switch, where you are physically moving the contacts together and feeling the spring resistance.

The Perun Hybrid is no different and it really does depend on the strength of the trigger spring that is installed. The instructions do offer some advice on blocking the actually trigger itself to reduce the pull but a speed trigger could be the thing to add to this installation to aid in the amount of play there is.

Compared to all of the other systems I would say that the Perun can hold its own against the other brands out there, it offers more over something like the G&G ETU system, but that probably isn’t really a fair direct comparison.

I would say it can offer something of a fit and forget solution for most people who want it installed to their chosen set up, pick it and play then pack away for the next game knowing it will be there ready, it doesn’t offer the diagnostics or full functionality of the Titan, but then that will be reflected in the price point and likely isn’t needed for your average player.

Its closest rival is the Evolution ETS III units, which is found now as standard in some of their AEG such as the E-416. The ETS might just pip it with the instructions on programming ease as they tend to be clearer, but the Perun has it on installation.

Should you buy one? I would say if you are in the market to upgrade to a MOSFET then yes you should consider one and think of the benefits they offer in general with such things as battery protection, low charge alarms and other safety features that will go someway to maintaining your RIF.

However, with all that being said, I still love a stock trigger for the feel of it and I know that someday it will just stop being a trigger and at that point perhaps it’ll be upgraded to one too….

Fitted and tested on behalf of ROE Airsoft www.roeairsoft.co.uk.