Knight's Armament Adopts The Keymod System For The URX4 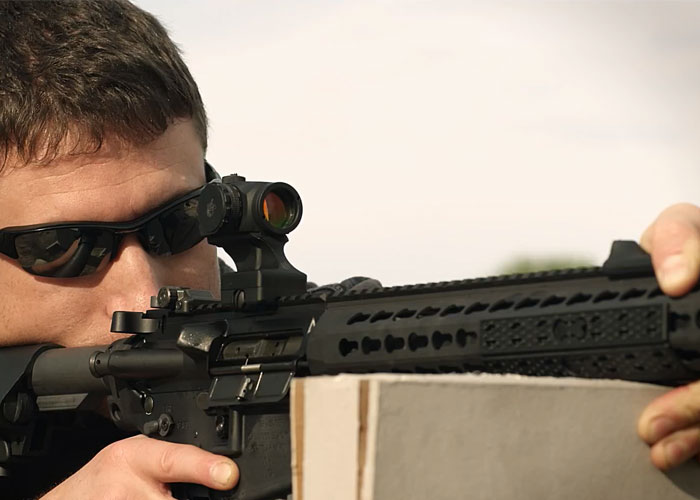 Just announced last 25 January 2013 is the URX4, the latest in the URX rail system from Knight's Armament Company (KAC). But what makes the URX4 unique in the URX family is that it's the first upper receiver and rail product that incorporates the open-standard Keymod System that originated from VLTOR Weapons Systems. Knight's Armament became the second company, apart from Noveske Rifleworks to adopt this system for their new weapons systems.

Here’s the full press release from the company:

The latest addition to Knight’s family of URX Rail Systems is the URX 4. This free-floating, continuous top rail is manufactured with the Keymod mounting system and is built stronger and more stable than previous designs due to the absence of a removable bottom rail. Another key feature to the URX 4 is the Integrated Barrel Nut (IBN). The IBN system torques the rail onto the weapon and allows the rail to act as the barrel nut. This design was developed to increase stabilization and provide a simpler solution that requires less specialized tools to install and maintain. A full array of modular accessories, iron sights, and panel kits utilizing the Keymod mounting brackets have been developed specifically to accompany this rail system. With the introduction of the URX 4, Knight’s Armament Co. demonstrates its continuing determination to intelligently design effective products.

Now, you'll get curious about the Keymod System, which might become the defactor rail system that will work with the Mil Std. 1913 "Picatinny" system or just may replace it. Being promoted by VLTOR Weapons Systems as they developed further on the concept that they say is an idea that's been around for some time now and there was a similar program in developing it at Accuracy International, the British Company behind some of the best sniper rifles in the world. They expounded on it as they see the benefit of not using much of the Picatinny System, leading to lightweight rifles. The Keymod term was taken from the Keyhole pattern seen in the handguard designs from URX4 and Noveske Rifleworks.

The image below shows the Keymod System in the new VIS concept from VLTOR.  More videos about the Keymod with the Noveske NSR Free Float Handguards right below it: 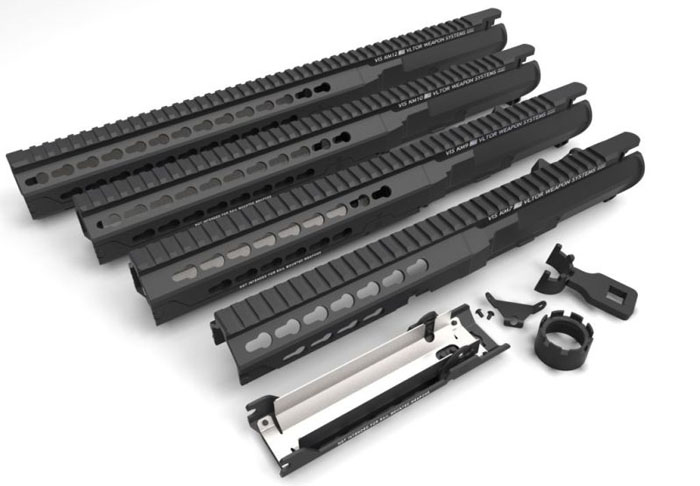 You can check for updates on the Keymod at their Facebook Page where it's just getting some likes slowly but surely. The question is, will the Keymod system become a standard that will replace the Picatinny System with so many companies invested in the older system? We're not sure but with making the designs open and free to use without asking permission from VLTOR, they're actually releasing their design for the benefit of everyone, as weapons manufacturers would always look for something to build their weapons to something light and sturdy, the Keymod can build momentum especially having Knights Armament and Noveske in for building AR designs with it and Krebs Customs are also showing that it can be done for their AK designs with its VEPR.

Personally, I like the Keymod as it allows sleeker rifles to be built with it apart from the lightweight designs that can be achieved with it. I just hope that airsoft manufacturers can start adopting this for their own rifle designs, especially those based in Taiwan such as WE Airsoft (this would look good on the Katana Raptor) and ICS without worrying about licensing costs.