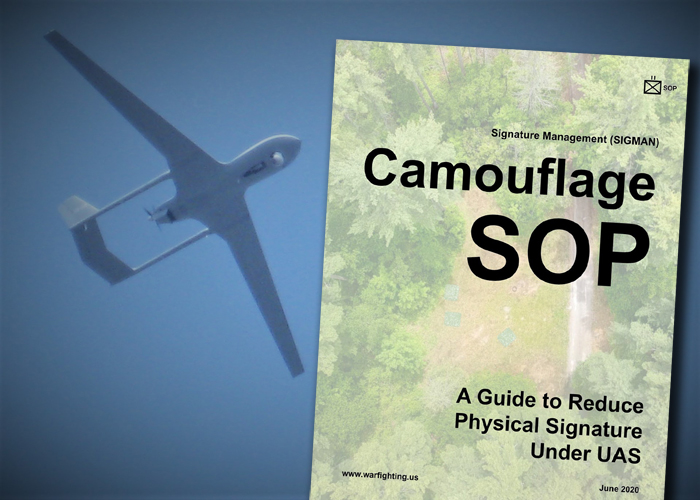 In airsoft and military concealment from watchful eyes of the opposing force is always important. You get spotted, then you get targeted, then you got shot at. Being able to see the enemy first whilst keeping yourself hidden is always an advantage so we spend a lot of effort that the gear we carry to the field can keep us concealed or give us a lower profile. So we try to disrupt our profile and use camo patterns or colours appropriate to the operating environment we are in.

So whilst we always think of hiding from human eyes, we forget that in these days, getting spotted is by cameras, especially cameras from above. Up in the sky are surveillance and armed drones usually called UAS looking down for movement and tell-tale signs of concealed troops and vehicles. These are high-tech equipment that can see through smoke and foliage that hiding from the UAS is hard. They can spend longer times in the air, loitering for hours before they are recalled back. Thus, learning how to hide from drones is one skill that soldiers must learn and perhaps airsofters might take interest in.

But there is no standard manual how do that. Event the U.S. Marines, which are usually the tip of the spear any operation by the U.S. Armed Forces, do not have an official manual or protocol for the grunts to follow. To fill this need, 11 Marines, seasoned and veterans alike, have complied a manual as a proposed Standard Operating Procedure (SOP) for the grunts to train with and follow when in actual operations.

According to Military.com the SOP is published at 2ndbn5thmar.com, which is an unofficial infantry skills website. It proposes code words on dealing with UAS, guidance on camouflage, building on the best practices, and reducing or masking heat signature. Perhaps, they also may want to work on electronic signatures as drones and satellites can detect electronic transmissions as sensors are greatly improved.

The need for the a manual to guide the Marines in keeping themselves hidden from UAS was based on the experience of  Capt. Walker Mills, a coauthor on proposed SOP manual, in which they conducted an exercise wherein a simulated enemy UAS, in this case an RQ-11 Raven drone was used. According to him, the Marines were seen easily and can be hit with mortars using the surveillance from the drone, emphasizing on the vulnerability of the troops on the ground from the eyes in the sky. 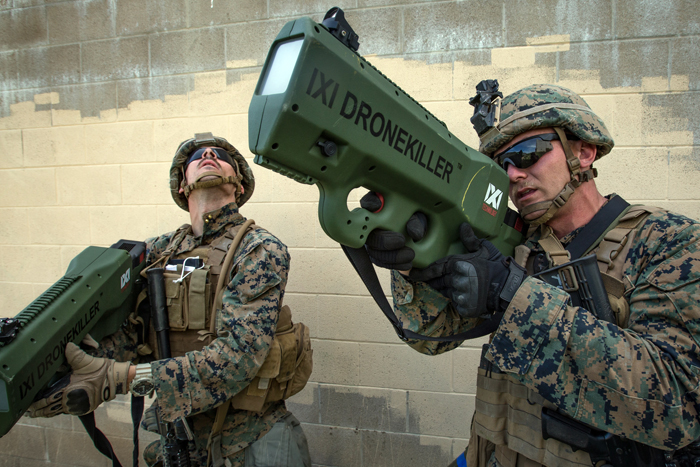 The USMC is still cautious in putting out its own SOP yet according to the Military.com story, given that it is rapidly changing environment as sensors and UAS capabilities are being improved all the time.

Still, an SOP manual, even if it is unofficial, is better than nothing since it is already based on the experiences of the co-authors and improves on the best practices in the field. It also can serve as reference for those given the charge of writing the manual in the future, when it becomes imperative that the troops should have the skills to counter a UAS.

Denying the ability of the enemy to see you is already one way of winning the battle and Mills says, "To be found is to be targeted, and to be targeted is to be killed." Righto.