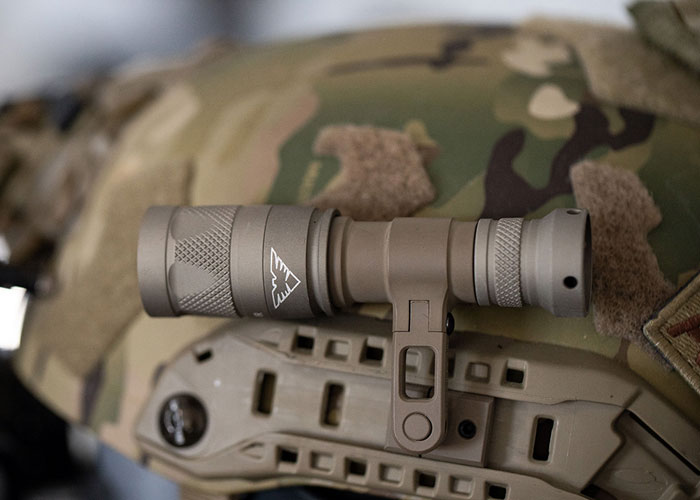 Two of known makers of lighting solutions for the tactical community, TNVC and Surefire, announced the release of the TNVC/Surefire Helmet Mounted Tactical/Task Light (HMTL-SF). It looks like that it’s a hot item that when it was announced earlier this week, it is almost out of stock.

The HMTL-SF is what TNVC describes as a “reversed programmed” Surefire V1-B Vampire, a compact and combat-ready tactical light that delivers NVG users both white light and infrared illumination without the need for an IR filter. It is already a helmet mounted solution and as the HMTL-SF it is even optimized for mounting on tactical/ballistic helmets. 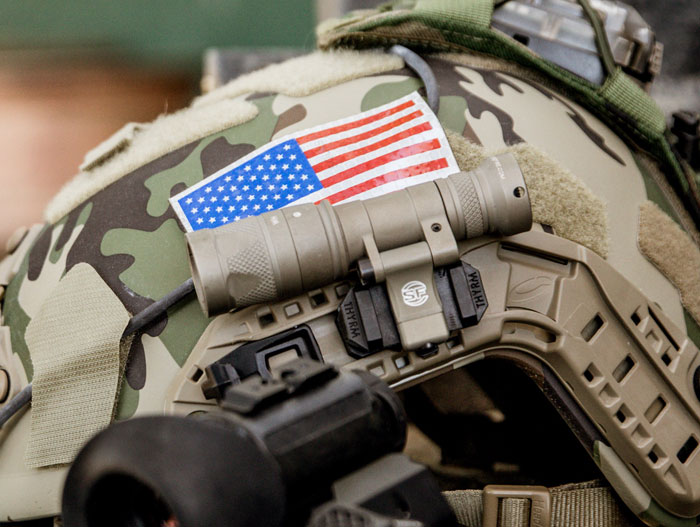 The design takes into consideration the preferences of users to use their weaponlights also on their helmets rather than getting a dedicated helmet mounted light. With the HMTL-SF, users have more options on how to use their helmet light with the "Build Your Own" Custom Helmet Light. 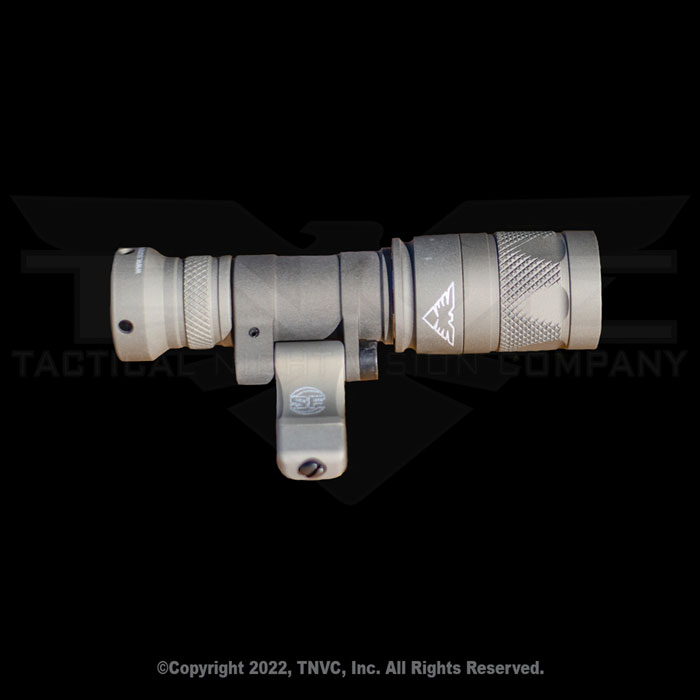 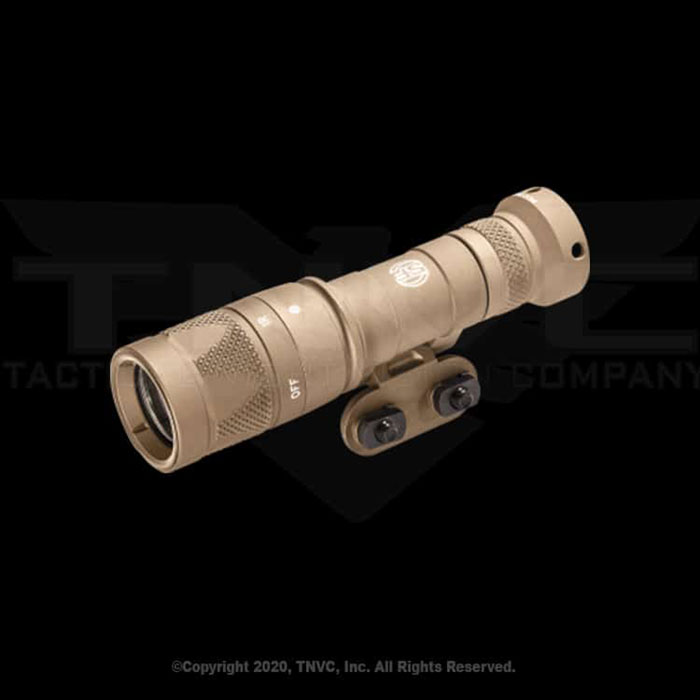 The complete HMTL-SF set is priced at $‎469.33 and is the more sought after product for those who preferred already a pre-configured helmet mounted tactical light. The Helmet Light Builder edition is cheaper at US$239.00 since it’s only TNVC HMTL Bezel and the price goes up once the customer choose the light body options with the selection being those from ECHO Arms, S&S Precision and Reptilia Torch. 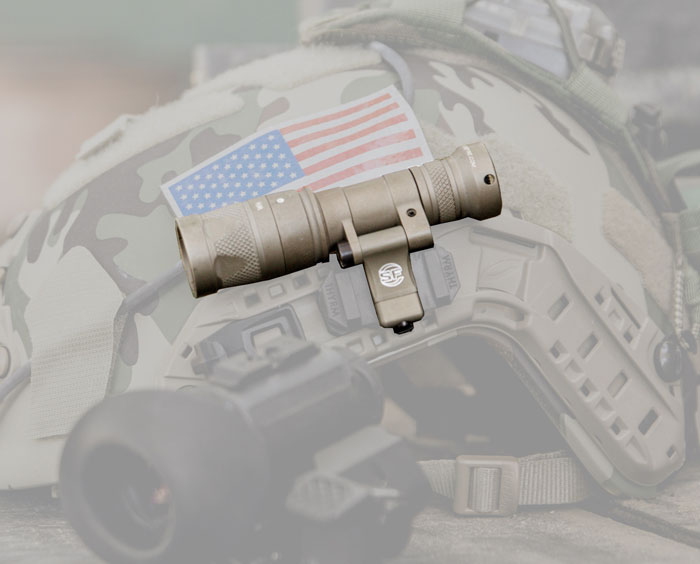 The HMTL-SF is available both as a Complete Light, featuring the Surefire MH31 Scout Light PRO body (M340V PRO Format) as well as a FREE THYRM VariArc as well as a stand-alone bezel that can be used to upgrade existing helmet light setups–or, to “Build Your Own” Custom Helmet Light, with options such as the S&S Precision M-Ax and ECHO Arms Fast Attach Plate with Low-Profile Light Body.

Not all new products need to be “revolutionary” in nature–some are simply useful improvements on existing products. The TNVC HMTL-SF is one of those products. With its unique Low to High output setting with both White Light and IR capabilities, the TNVC HMTL-SF is a simple yet elegant solution for helmet-mounted illumination.

Helmet-mounted illumination has long been a standby for many end-users of headborne systems, with applications ranging from tactical tasks such as SSE, navigation, or operating vehicles, as well as administrative tasks such as reading maps, marking targets, or looking for snacks in the backseat. While dedicated helmet lights exist, in many cases, end-users have preferred to adapt various handheld and/or weapon-mounted lights to provide them with much-needed illumination.

The TNVC / Surefire Helmet Mounted Tactical / Task Light is based on one of the most common and popular options for helmet-mounted illumination, the Surefire V1-B Vampire Light, a small, 3v Dual Spectrum / Dual Output handheld light utilizing the Surefire KM1-D bezel. The Surefire V1-B offers a “High” Setting with 250 lumens of white light and 100 mW of IR illumination as well as a “Low” Setting with either 5 lumens of white light or 5 mW of IR illumination. In its normal configuration, the V1-B “defaults” to the “High” setting with the first button press, requiring a rapid second press to enter the “Low” mode. However, while this makes sense in a handheld light configuration, this same configuration can be less than ideal in a helmet-mounted configuration, especially when being used to complete tasks where only a small amount of illumination is needed and excessive light can affect dark adapted eyes or can cause excessive reflection into Night Vision Devices (NVDs).

To address this the TNVC HMTL-SF, however, offers a “Reverse Programmed” KM1-D bezel that goes from “Low” to “High” instead of “High” to “Low,” avoiding the sudden high-output discharge of light while still maintaining the option to switch into the higher output setting when needed. Like all Surefire Vampire lights, the HMTL-SF utilizes the latest bezel design with Surefire’s TIR “Total Internal Reflection” lens design, and can be rotated to switch between White and IR modes without requiring the user to pull forward on the head. Aggressive checkering and finger grooves on the machined aluminum bezel ensure a positive grip while rotating, while stiff, spring-loaded detents prevent accidental or inadvertent rotation. The TNVC / Surefire exclusive HMTL-SF also features a laser-engraved TNVC Logo along with the normal Surefire markings, and unlike the V1-B, the HMTL-SF is also offered in TAN… because tactical.