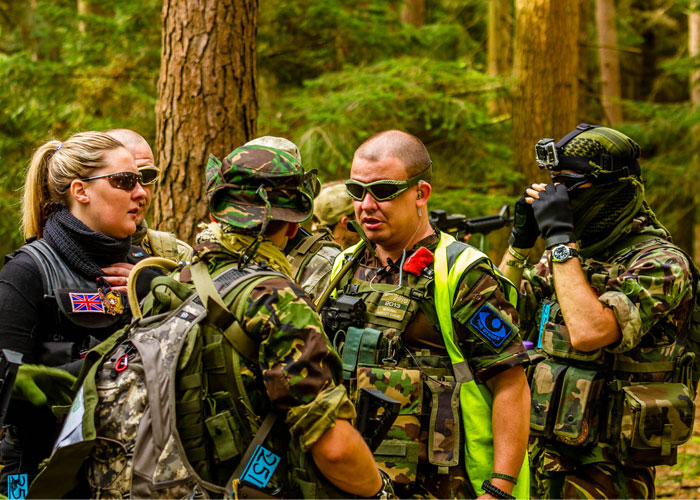 Festivals, festivals everywhere! Notting Hill Carnival, Reading Festival, Victory Festival, and more festival names that can fill a toilet roll. The last long weekend in England before Boxing day is dotted with festivals and thus for a lot of people, deciding where to go for the weekend is always a tough thing to do. And after deciding where to go, they will take on the stress of braving traffic to get to their destinations.

But for me and Masterchief, the decision was already made 6 years ago, when we attended our first Ground Zero Weekender. We have been going to this event since then, with the exception of Masterchief missing it in 2009 due to work concerns.

So it was no surprise that the Ground Zero National Weekender last 23 to 25 August calls itself the "Airsoft Festival" in keeping with the festive spirit of the long weekend. In a way, Ground Zero Weekender can distinguish itself to be a real fest as the atmosphere is really festive, and never failed at providing that atmosphere in the 6 years we have been going to the event.

The 2013 edition, we were late by a day, due to pressing concerns at work. Masterchief unable to leave early and only gotten free right before midnight of the 23rd of August. I had to inform The H a day before as they might expect us arriving on the 23rd. It was also our first time to go Ground Zero Weekender on a Saturday rather than the Friday. 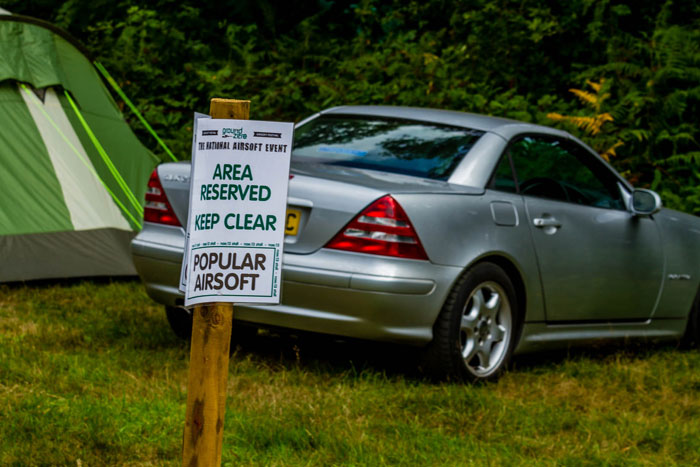 We actually arrived just right before the briefing time, as we slowly made our way to the Safe Zone as the road was almost made impassable by airsoft players going to the Assembly Area. We hastily assembled our gazebo as the stalls area, as we got upgraded to having a stall by the organisers. This actually made it easier for us as we get to have a shorter walk to the game area as compared to other players.

We rushed to the Assembly area as The H was conducting the briefing and he has a new platform to conduct the briefing, albeit it looked like a guard house. For us, the work has begun and we now started taking photos and videos to record the Ground Zero Weekender National Airsoft Event 2013 officially.
As the groups, Bravo, Delta, and The Others split-up to their staging areas, we joined The Others as they will jump off from Camp Coursey. Being the defending winners, an air of confidence emanated in the group, with Spud remaining to be the Commander with Danny of Swiss Invaders being his new 2IC.  Briefing The Others troops, we waited for the countdown for the game to start which usually was marked by fireworks that takes place in all the staging areas and the signal was made 15 minutes before 1100H. 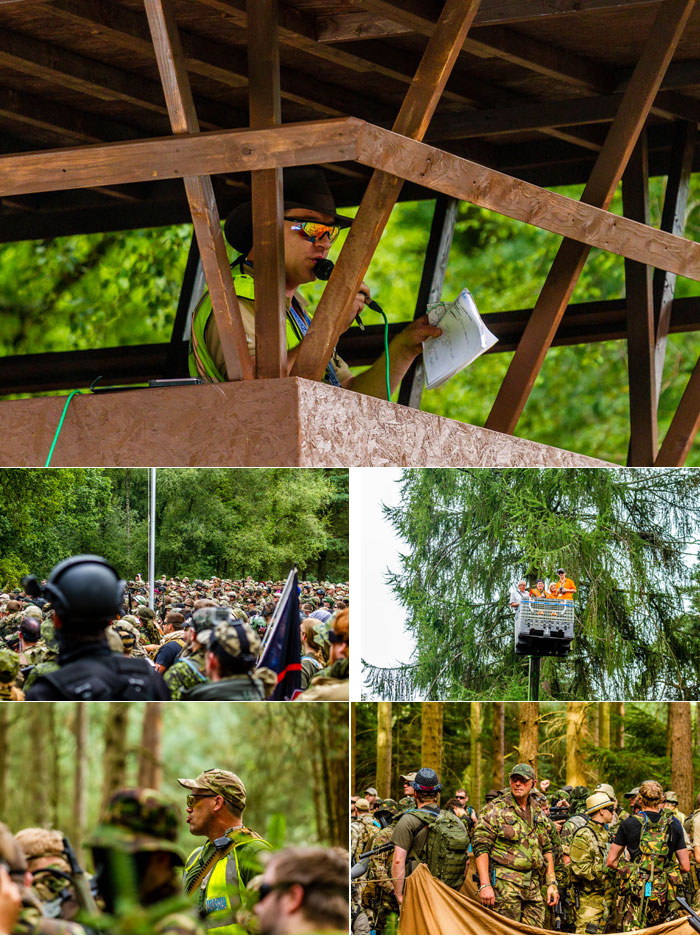 Like clockwork, Masterchief and I moved to The Nest area as we always expected initial heavy action  in that location. And we weren't disappointed as The Others started making contact with Bravo in the area. Anyone who gains control of the area has a good view of much of the area and being able to prevent opposing groups to go through the area towards other objectives unchallenged. We always call The Nest as the "BB magnet."

We worked our way to the paths that led to one of the respawn zones where a good number of players were waiting for their time to get back into the game. From there, we veered to the right to go to the Prison Camp where there was minimal engagement, and we observed initial forays into The Village, always the central point of action at Ground Zero. Also, this time, each landmark in the Ground Zero Map can be identified to be occupied by a group with a flag which bears their colour raised high up the pole. 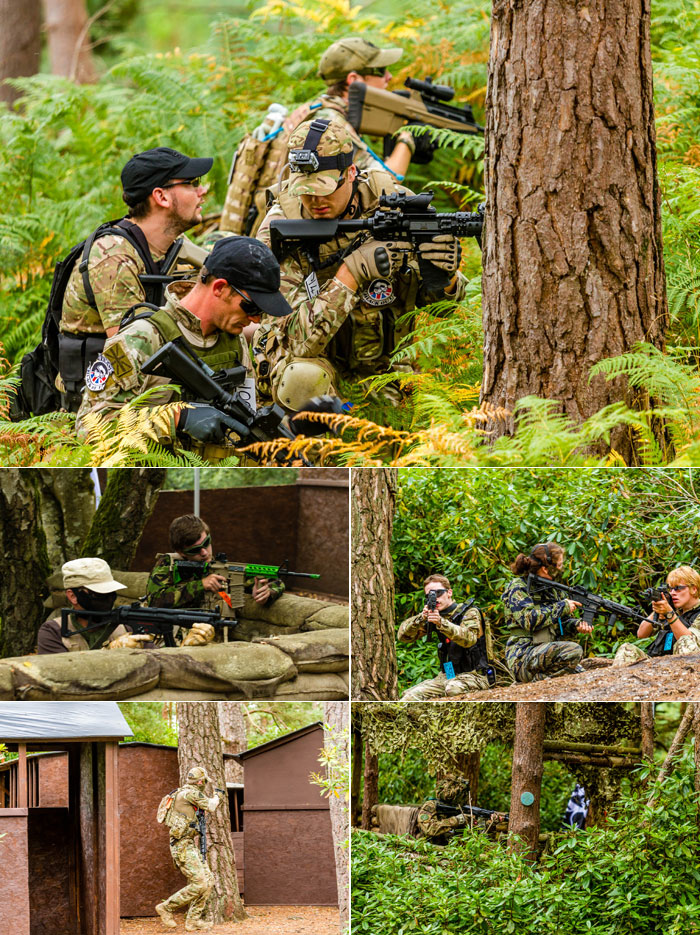 Looking at the Map, majority of heavy action  can be found in the areas I already mentioned. We went to Firebase Charlie, where Delta were staging their actions from and it was relatively quiet. We looked for more action in the Northeast area of the map, hitting the Stag Camp and OP and still no action was found at around 1230H but we observed players going to and towards the centre of the map where objectives that needed to be occupied and held were close to each other. By 1330H, we headed back to the Safe Zone to set up our tents, grab some food, and put on our gear to join in the game.

It was almost 1500H when we were able to finish all that, and we agreed to head off to The Nest area to  reinforce The Others. We got there to find The Others still in control of the area but the Deltas were determined to take it away from them. From 1500H, there was minimal action as we observed. I was looking at the junction between The Nest, The Facility and Artillery Hill and the efforts of the Deltas to cross were ineffective.  However, Masterchief, who was watching the open area between the Burrows and The Nest, told me that we had to retreat to the actual Nest area as a big number of Deltas were approaching from that direction.

That meant that we had to change positions fast and I didn't move much further from my previous position, finding an area where I can't be easily seen whilst the rest of The Others moved to The Nest to defend it. However, the Deltas were a lot in number and they were pushing hard. In no time I found myself surrounded by Deltas, though they were unaware of my position. I was alone again so I might as well bring down some Deltas with me. Picking the closest Delta Players to shoot, they were unaware that I was behind them so they don't know from what direction the BBs were coming from. I was able to take out three groups of Deltas making their way up The Nest and one stumbled into my position unaware I was there and he got hit as well. Another darted across me and crossed the road towards The Nest. I got him too but he tried to verify who I was since he thought it was friendly fire. I had to shout that I was with The Others, and I know that would reveal my position to other Deltas. Fortunately, no one fired at my position. 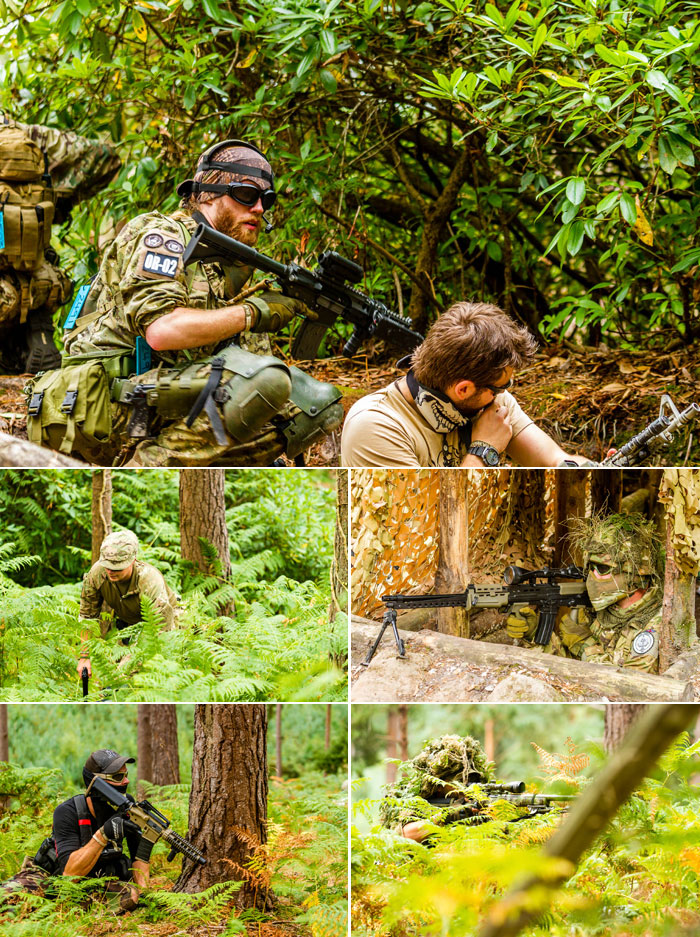 Another group of Deltas were slowly making their way up The Nest, I took out three immediately and with the third one again tried to verify my group thinking it was friendly fire. I had to shout "Others" again and this time a hail of BBs went my direction. Down I went in a blaze of glory and off to the regen area. There I found Masterchief and one of the Facchin twins (was it Dennis or Dean?) of the Swiss Invaders waiting for their time to get back into the game.

Since it was already late in the afternoon, which was around 1600H, the final objective of the day was to occupy and hold the village until 1700H, when the game for the Saturday ends. The Bravos were entrenched in the area whilst The Others were at the nearby Prison Camp and the Deltas were already near too at The Fort area. We tried to make a swing at The Village, able to take out some, but we cannot get any closer. We had to find another way to flank, but we got hit by Deltas so back to the regen area for us. By 1630H we made our way back to The Village and we found The Others amassed in greater numbers this time and about to overrun the positions of the Bravos. Masterchief got hit early, and I had to provide overwatch to someone whom I ordered to retrieve the intel from two Bravo intel carriers who got hit. Once he retrieved the intel and went back to The Others base, I proceeded into The Village itself as there were still Bravos to clear out.  I was able to get into one the huts and searched for other Bravos who might still be occupying the rest. We were able to clear the huts only to see the Deltas also making their attempt from the front, and more Bravos wanting to wrest The Village back from behind.

The firefight was already intense this time with players from all groups converging in one small area and it was hard to identify friend from foe with all the BBs whizzing by. I got hit in the arm by 1656H and had to get out of the hut only to be hit many times again even with my arms raised. But with all the confusion in The Village, it was hard to blame anyone.

Since it was almost 1700H most of the hit players were at the periphery of The Village, cheering on their mates to further push on to The Village or to stay steadfast and hold their positions. By 1700H, The Village was an ocean of blue, meaning that The Others were able to occupy and hold The Village. However, the biggest mistake was they failed to lower the flag of Bravo and raise The Others flag when the clock struck 1700H. This means that by game end, The Village was still under Bravo. I realised that this cost The Others precious points. We made our way back to the Safe Zone for everyone to drop off their gear and rest as by 1900H the Raffle Portion of the event will be held.

The Raffle portion had 200 prizes waiting for the lucky winners. With the more and more raffle prizes each year, it has become a tedious process that the only winners of airsoft guns were announced live. Players can find out if they won the other prizes by looking at the big screen where winning numbers were flashed. This way, the event was kept short. H announced the results of the first day, with Bravo leading in points by a small margin, having accumulated over a thousand points. The Others were at the bottom with over 900 points and could have been in second place if they didn’t make the mistake during the final encounter at The Village.

By 2100H most of the airsoft players were already at the camp area, having drinks, barbeque and sharing their battle stories of what happened during the day. For me and Masterchief, it was a tiring day, doing our documentation work and of course tired from the previous day's work. By 2200H, Masterchief was already in his sleeping bag calling it a night. I tried to stay up, but I cannot even finish my third pint of beer. I had to call it night as well and by 2300H, we were both asleep, and oblivious to the noise still happening outside.

All photos (and more) of the 1st report are posted at Popular Airsoft Facebook Page.