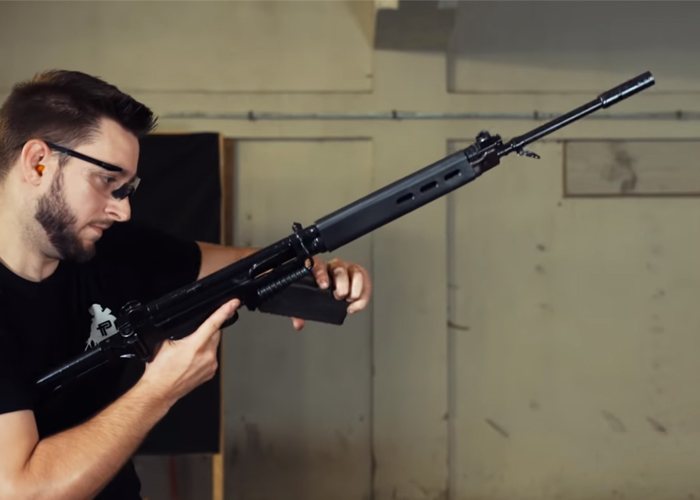 After the AK and AR Fast Reloads, next up for this "Fast Reload Battle" series by Polenar Tactical are the HK G3 and FN FAL rifles... "A quick comparison of emergency reload time between two legendary battle rifles, the FN FAL and H&K G3. There was 1 bullet in the chamber, after firing i had to change the magazine and chamber a new round before making another shot.

I had problems with both rifles so i suspect the ammo. At the end G3 bolt struck the buffer so hard that rollers opened into the receiver making it unshootable."