The U.S Army Is Developing The AimLock Weapon Stabilization System 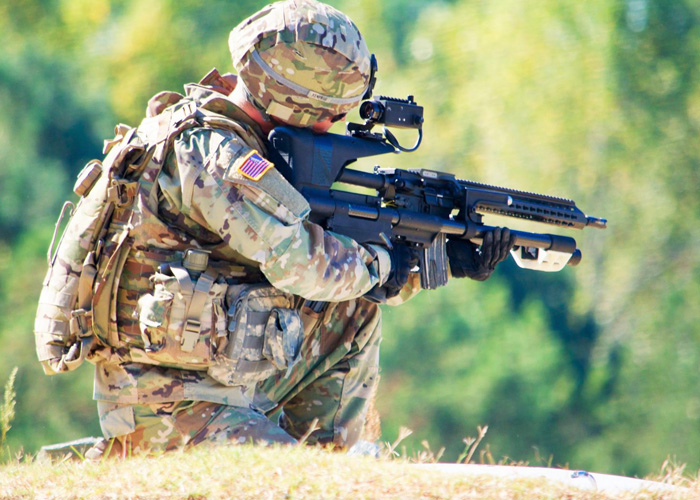 What is a regular feature in the stills and video cameras will soon may have its equivalent in weapons. The U.S. Army Armament Research, Development and Engineering Center (ARDEC) is developing the “AimLock” system that was demonstrated during the AEWE 2017 Live Fire in Fort Benning, Georgia. This weapon stabilization aims to give the shooter a higher probability of a hit.

In cameras, the stabilization feature is either found in the lens or in camera, depending on the manufacturer. This minimizes jitters or vibrations when shooting photos or videos, leading to better quality shot. Though other ways of giving smoother photo or video taking can be done with third-party products such as 3-axis gimbals found in camera drones and handheld camera rigs and selfie sticks.

How does this work for a rifle? Here is what the paper on the AimLock or its original project name, “Advanced Small Unit Small Arms Technology Research (ASUSAT) Program” as presented by Terence Right, the Project Manager for the Program:

"Barrel and receiver are articulated independently from the shooter-interface components of the system: 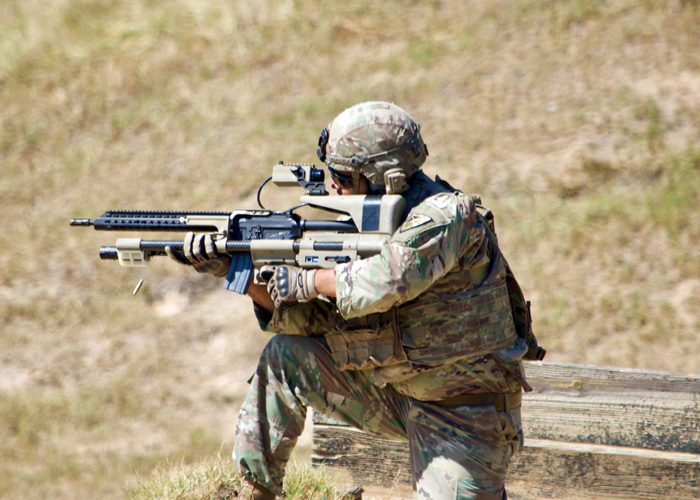 The AimLock is being developed with the Rocky Mountain Scientific Labs (RMSL) based in Littleton, Colorado and they have already gone through Phase III of the program in 2015. This phase shows how the system can used in shooting at stationary or moving targets from a moving platform. For shooters in vehicles and aerial platforms such as a helicopter, the AimLock can be a god-send since the higher probability of a hit means they can conserve their ammo better as sometimes they need to fire at a higher rate or give a sustained fire just to increase chances of a hit. According to Rice’s RDECOM presentation, these are the list of benefits that the system provides:

That is a good list benefits that a shooter can derive from the AimLock, however, the prototypes show bulkier rifles being tested and we do not know if there will be a phase in which they will need the stabilization system more compact for easier and compact rifles for the soldiers to carry.

As to when the AimLock will be used in issued-rifles, there is no information for now. But if indeed, it gets deployed, then soldiers in the field can have a better way at aiming even when under fire.

Read more about this program in the PDF file below:

All photos in this story are by Angie DePuydt, U.S. Army.