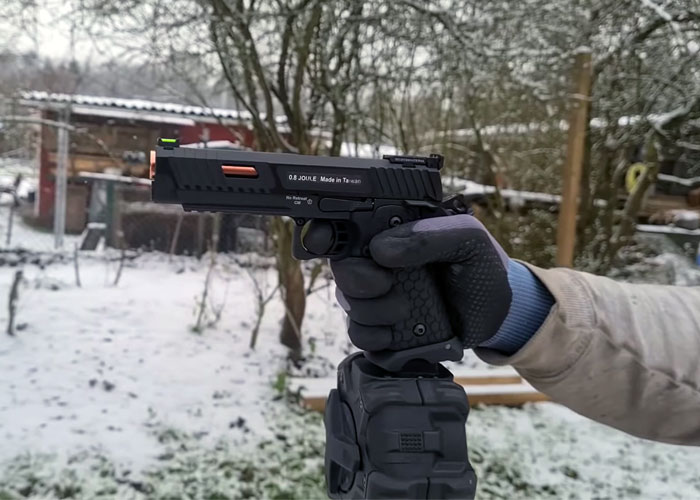 Geonox Airsoft does a review (in German) of the ASG STI Combat Master 2011 Blowback Pistol... "In this video I show you the STI Combat Master 2011 from ASG. At this point, many thanks to Sniper Airsoft Supply for providing me with the weapon. This weapon is John Wick's pistol from John Wick 3. If you haven't seen John Wick yet, then you still have 3 very cool films with a lot of action, cool fight scenes, beautiful weapons and Keanu Reeves in the lead role. The name of the original pistol is TTI STI 2011 Combat Master. TTI stands for Taran Tactical Innovations. STI stands for Strayer Tripp International, now known as Staccato. STI or Staccato produces the pistol in 2011 in the real steel range. Taran Tactical Innovations was founded by Taran Butler. He trains Hollywood actors and prepares them for their roles with a gun."